A note on Charles Bradley

I often write little notes to myself in the note section of my phone. Reminders, lyrics, or just nonsense. I came across one this morning that simply said 'Charles Bradley'. Within seconds of googling, I was at a website that presents a very well executed video introduction to this American Soul Singer. thecharlesbradley.com

Signed to Daptone Records in his 60's, this man truly sings from the heart as he expresses a painful past and shares his experiences living in America.

Charles is currently on tour and is playing Coachella! Almost makes me wish I was going. This will be the first in 9 years that I've missed it! Check him out for me and don't miss Marina and the Diamonds. 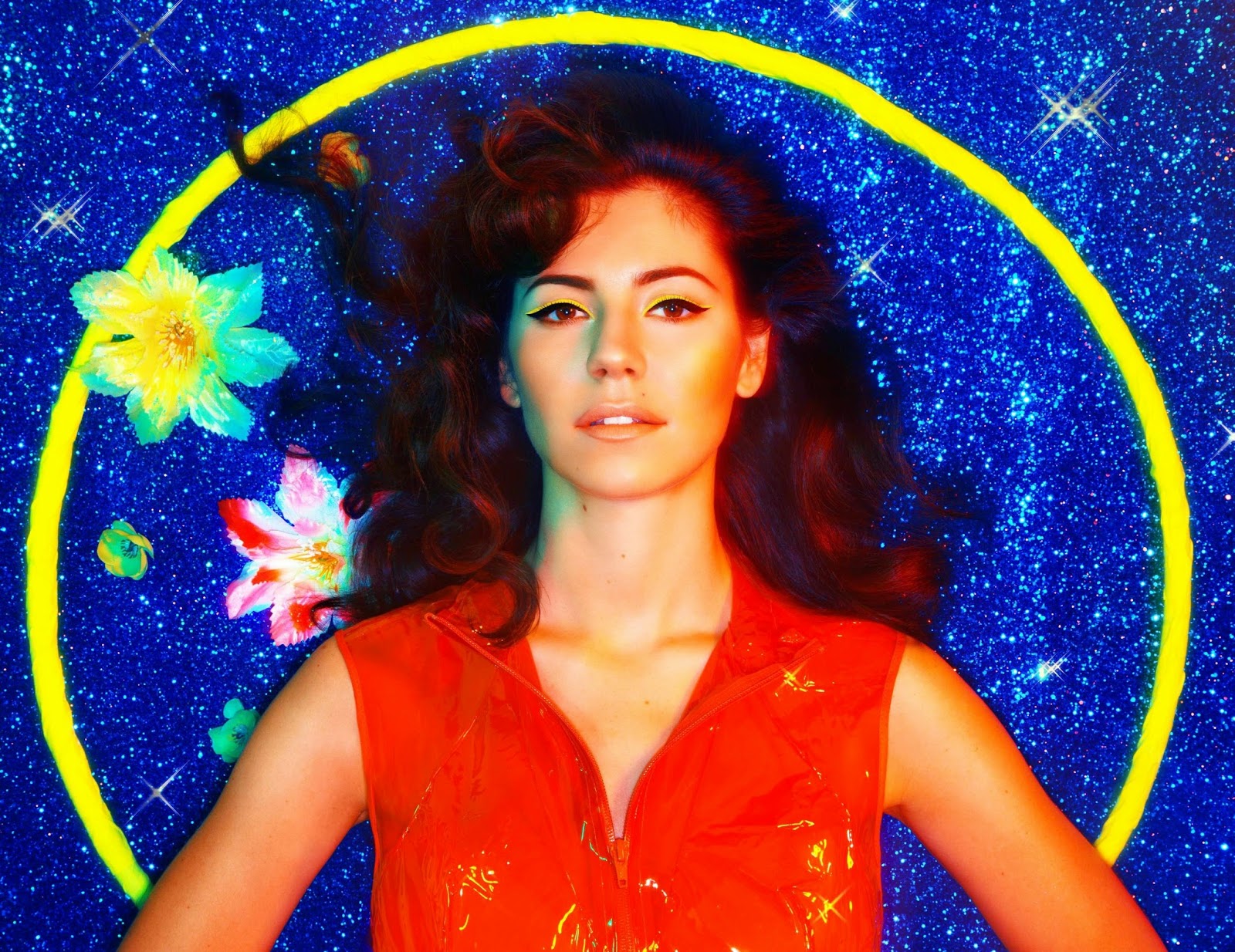 Check out his label mate and one of my all time favorites, Sharon Jones and The Dap Kings!!!

I just love how when her cloak comes off the little demon fox runs away with glitter spilling out of his eyes.

Pop Band Hiatus: A brief overview of my time as an almost pop star

Shortly after creating Steely Nash, I auditioned for a pop band in LA that was to be managed by Johnny Wright: superstar manager of NKOTB, NSYNC, Backstreet Boys, Britney, Pussy Cat Dolls, and Jonas Brothers. I was called back (!) and soon I was involved in a massive online competition sponsored by AT&T. Each week the contestants completed challenges in order to make the band. Cambio.com hooked us up with flip cams and AT&T phones and asked that we film ourselves during the entire process. This included filming our home towns, creating music videos and writing original songs. Grueling? Yes. Life changing? Hell yes. Fun? THE MOST FUN.

Here are some behind the scenes clips from one of my favorite challenges where we were asked to shoot our future Rolling Stone cover. 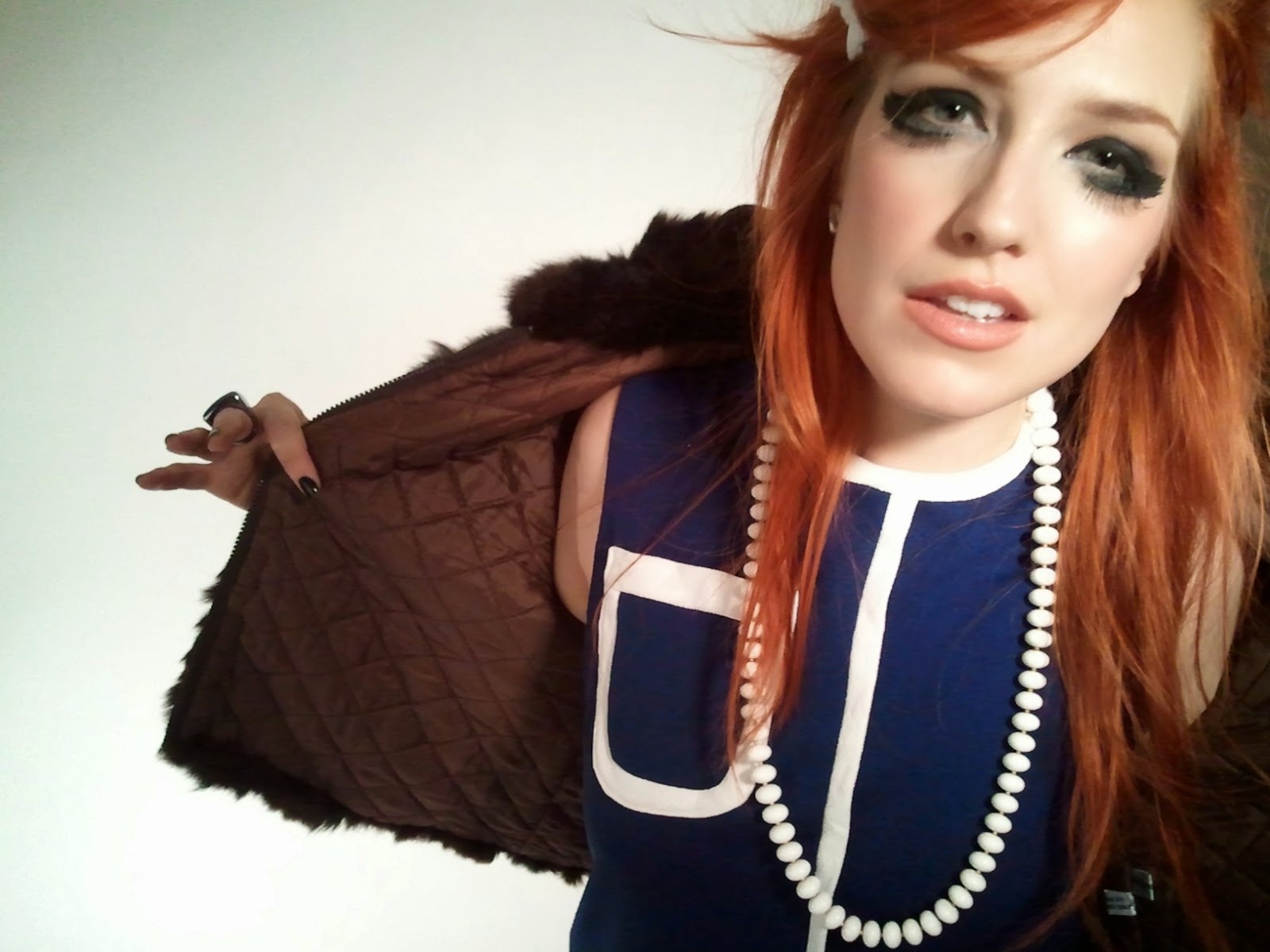 Long story short, I MADE THE BAND. So did 5 other amazing people (4 boys + 2 girls --> Y6) Check out this clip from ABC's Nightline. I'm the one in the disco pants with the crazy pinkish reddish whatever hair.


The six of us were then signed to a management deal and for 2 years we did our best to break out with Johnny by our side (see video above) With his connections, we worked with some incredible vocal coaches, producers and writers. There was even talk of us opening for Boyz II Men or Demi Lovato. Ultimately, though, our material wasn't of interest to the major labels that we were being pitched to. In the summer of 2013, (after so much excitement, time and commitment!!!) Y6 disbanded. 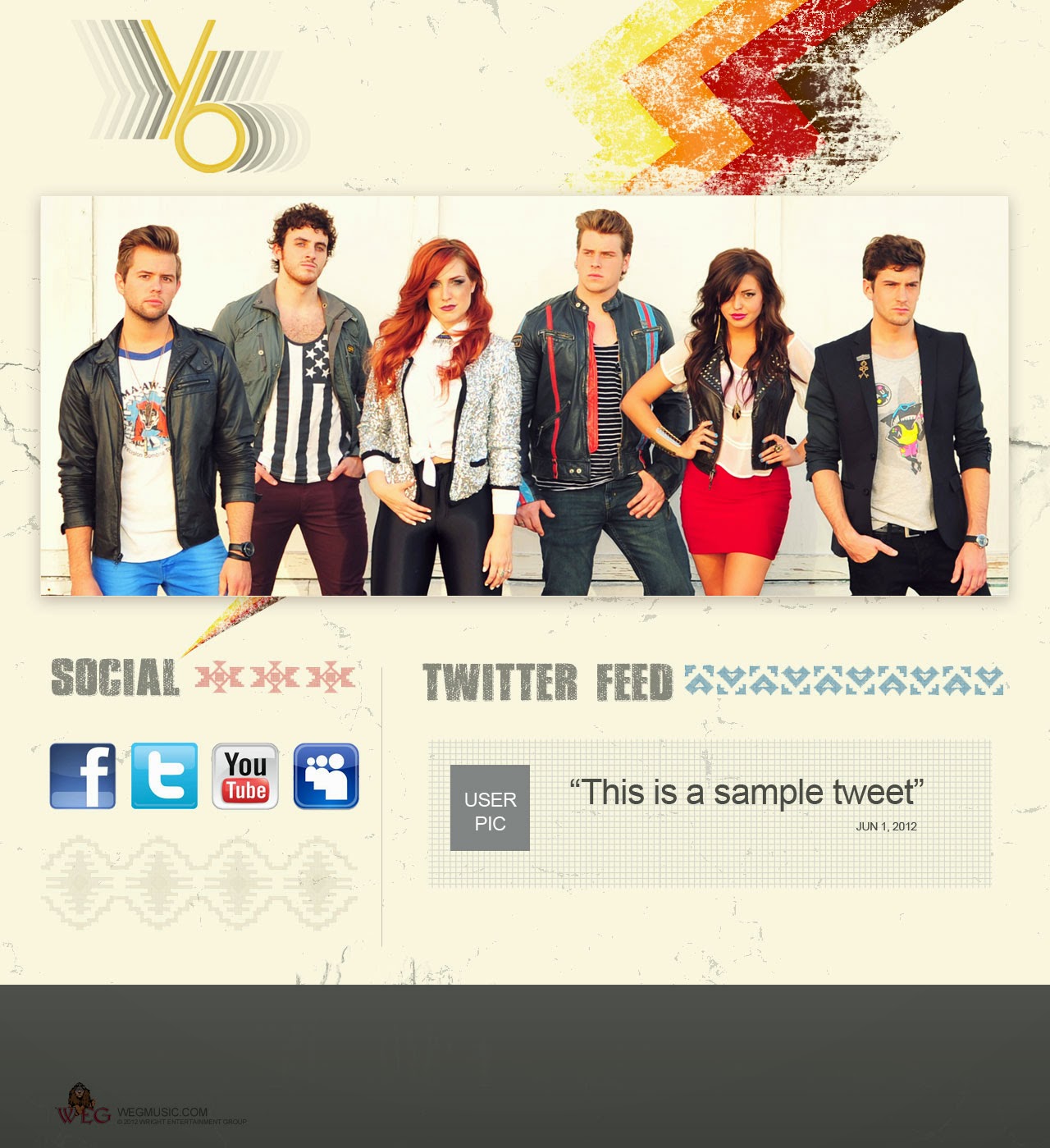 So, skip this part if you aren't sentimental because the cheese starts flowing near the end of this paragraph. During my time with Y6, I learned more than I could ever aptly communicate. For starters, I stepped into a professional recording studio for the first time EVER. It just so happened to be Jim Hensen Studios in LA. We recorded our first song in the same room that "We Are the World" was recorded (!) so that means I could have used the same mic as Dionne Warwick or Dianna Ross (okkklllrrr!) Also, while under development, the 6 of us stayed at "the compound" -aka- the same giant mansion that every 90's pop prodigy once rested their pretty unknown heads. (I once looked in my closet and found a box labeled "Christina Aguilera" and flipped the freak out). Most importantly, the things I learned about myself throughout the entire process and the relationships I fostered with the other singers were easily the best take aways from it all. Being thrown into the industry while having the support of fellow bandmates who were also caught up in the same whirlwind, was the best possible way to be introduced to the crazy world I so longed to be a part of. (If any former Y6 members are reading this, please know that YOU CHANGED MY LIFE FOR THE BETTER and I love you and that's the gospel truth).


As the storm calmed, there were many emotions to navigate and, in all honesty, I had to hide away and heal. Rejection still feels like rejection even if you agree that the material did not best represent you..

Now here's the part where I tell you that "in the end it was all worth it and I am SO much better and smarter and please check out my new project..." But it's really not like that. It's more like I gave it my all, it was strange and wonderful and now I have like a terrible cramp in my side after a long run (having decided that I can totally run 5 miles even though I have not ran in months)... that cramp is MUSIC and it will forever poke at me. Ok ouch music, dang! I'm on it!!!

STEELY NASH is where I stash my most original ideas and I cannot wait to share them with you if you're down to listen. And unlike previous posts that promise demos and such, just do me a favor and tune into my social medias to see what happens next. 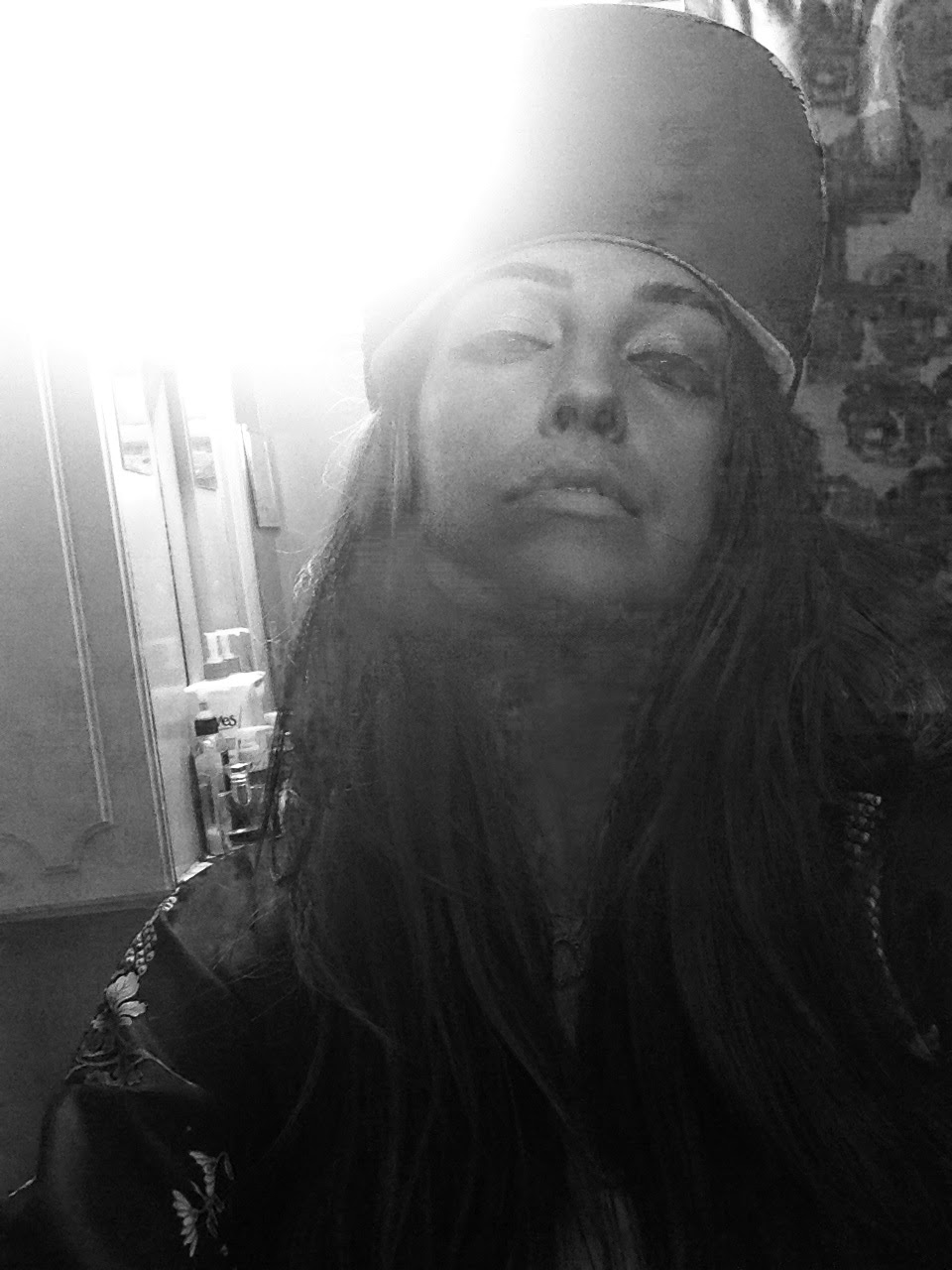 xoxoxoxox
I LOVE YOU Y6

Also a HUGE shout out to my friends and family for moving mountains.

Kimbra: More than just 1/2 of a hit record

Settle Down folks, contrary to popular belief Kimbra is not one half of Gotye! Nope, actually Gotye is a guy and Kimbra was a guest singer on that one song we all love to hear over and over...even hip-hop radio threw a beat under it...yikes!

This incredibly inventive and crazy talented singer/songwriter/beat boxer(?) was suggested to me by an old pal from high school choir last year (thanks Gabe!). I actually stumbled upon the video for the covered-to-death-by-people-in-their-living-rooms:"Somebody I Used To Know" after hours of delightful Kimbra stalking on YouTube. This sensation via New Zealand made her way onto the American music scene earlier this year with her album Vows. You can catch her video for "Settle Down" on VH1 during the 2.5 hours they play music videos but my personal favorite is this one from Billboard.com.

http://www.youtube.com/watch?v=gEtb4xth1YI
Enjoy!
Posted by Steely Nash at 2:44 PM No comments:

I started this blog last year to have a safe place to gather my thoughts on all the music I adore and now I'm getting selfish and taking it back as a way to deliver my very own music. 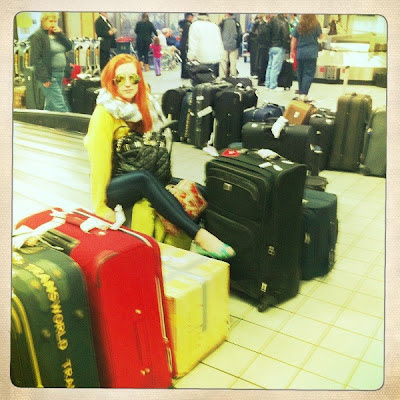 I've just spent some time recording my first original neo-soul/pop EP in Austin, TX. It only seemed fitting that my first musical baby be born and raised in the same city and state that I was. The boys over at Major Nation Productions are currently mixing and spraying and sprinkling and glossing over the tunes and we are very excited for what's to come..

Stay on the train.

Last night I had the pleasure of opening for a tiny hip hop superhero. Formally known as 'Hopie Spitshard', this bay area babe on the rise may look small but mama packs a BIG punch. The EMCEE currently goes by the short and sweet "Hopie" and that's exactly what she is. 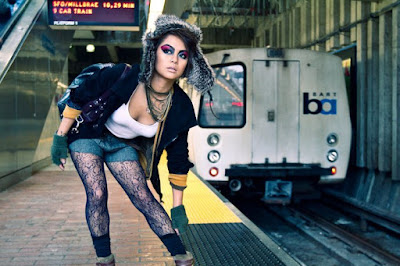 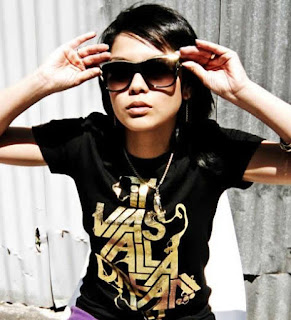 Buzzing around the Bay since her self released debut album 'The Diamond Dame' in 2008, this gal has been spitting a rare breed of hip hop that local music kids have been oh so proud to put their stamp on. Fans can't get enough of her sick rhymes over sweet soul beats and warm and fuzzy samples from artists we love like Aaliyah. One of the highlights of last night's show was when Miss Hopie dropped a new tune on us featuring a sample of indie gold: The Knife. She got the Milk Bar crowd off of their bar stools, back from their smokes and packed up in the front with their hands up.

THE HERO HERSELF in her video "Yummy"

I credit my ability to imitate funny adult cartoon mom voices to my intense obsession with Barbra Streisand as a child. I could never hate either of you. xo
Posted by Steely Nash at 9:47 PM No comments:

And you were worried...

This is a fun yet passionate look into a sangin' girls' love for soul music. Everything you see and read about here has influenced the band: STEELY NASH AND THE CUTS www.reverbnation.com/steelynashandthecuts at some point or anotha': Neo-Soul/Rock/Disco
Check out my bio (1st entry!)
Here's a quick cut:
"The formidable Steely Nash: the red headed step-child of neo-soul, and her people (The Cuts)"

Promote Your Page Too